American Inspections is a family owned and operated business that has been providing thorough inspections, detailed reporting, and reliable radon testing to the Iowa City & Cedar Rapids corridor area for over 30 years. Having completed well over 20,000 inspections, we have the experience and professionalism you need to make an informed purchase decision.

As the owner, and sole 2nd generation inspector, you know exactly who will be completing your inspection. With decades of knowledge and experience, I work very hard to complete the best, most thorough pre-purchase home inspection available. Onsite, I will summarize and review findings from the inspection, identify and show you critical components and systems of the home, and answer all of your questions. I take pride in being professional, personable, and enjoy educating buyers about the home they are purchasing. 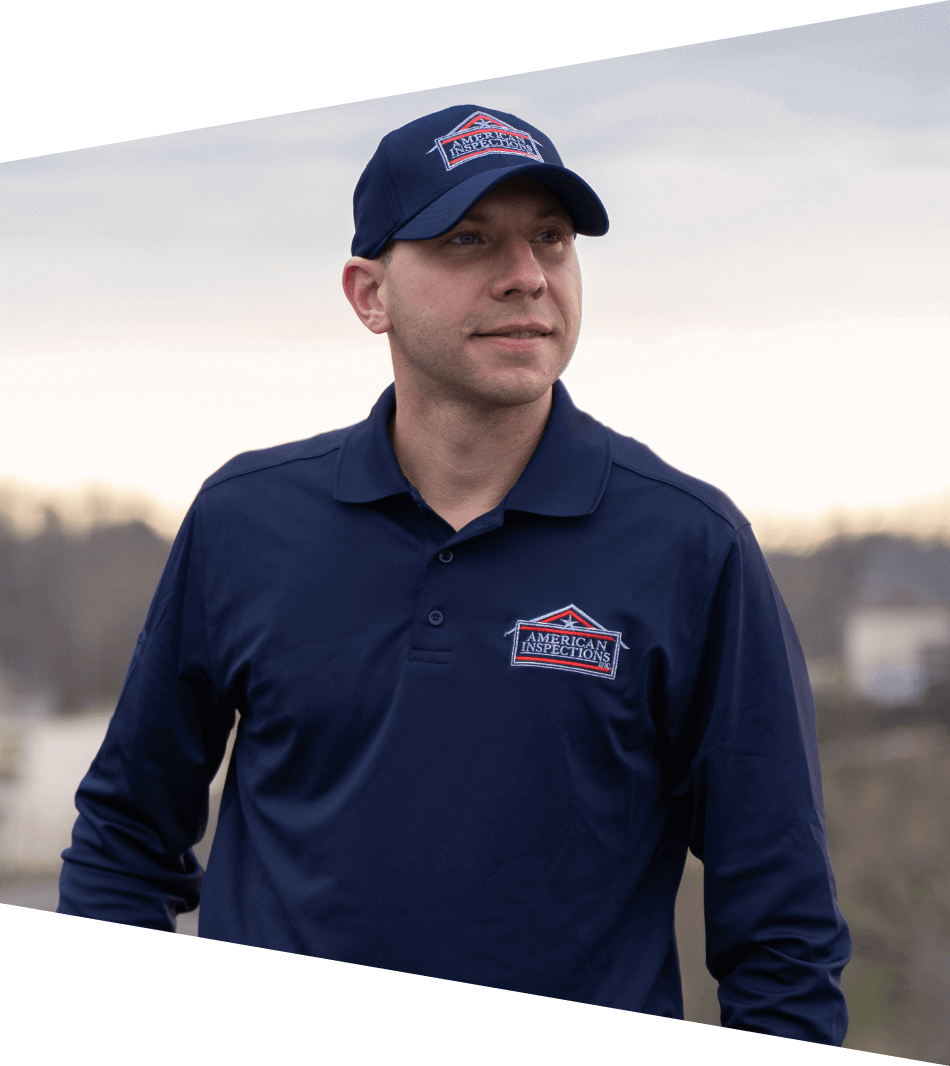 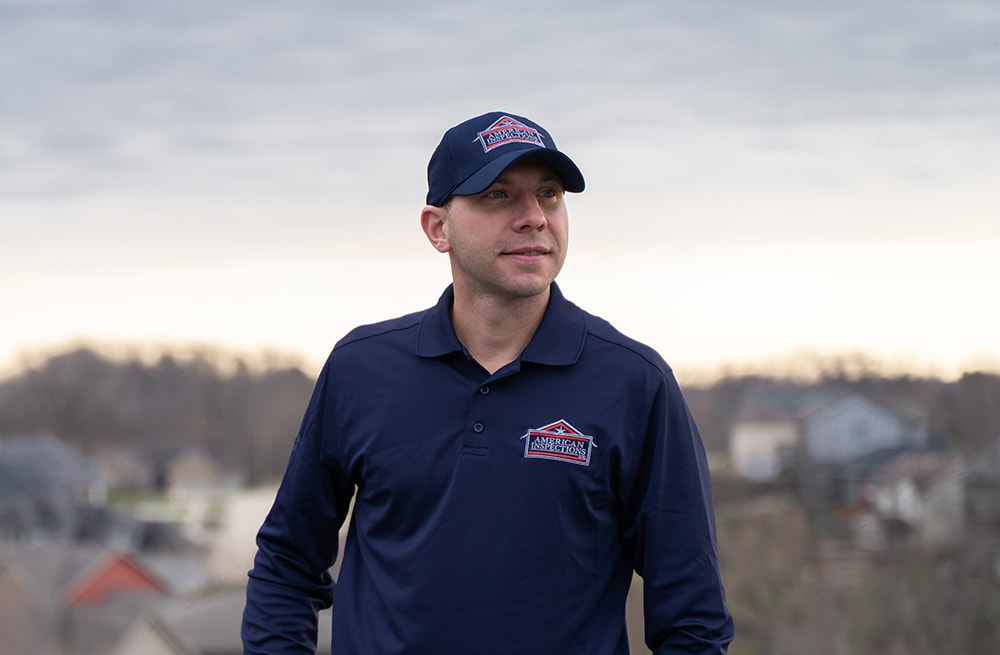 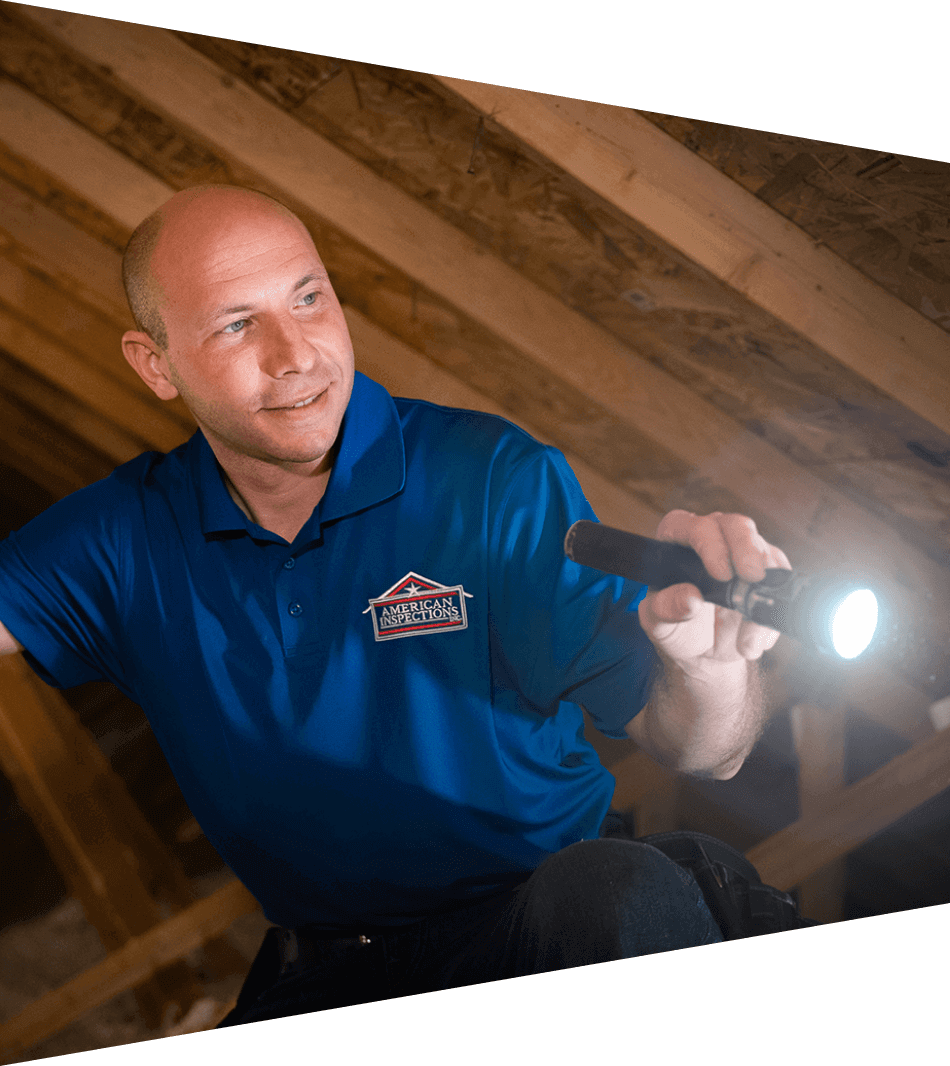 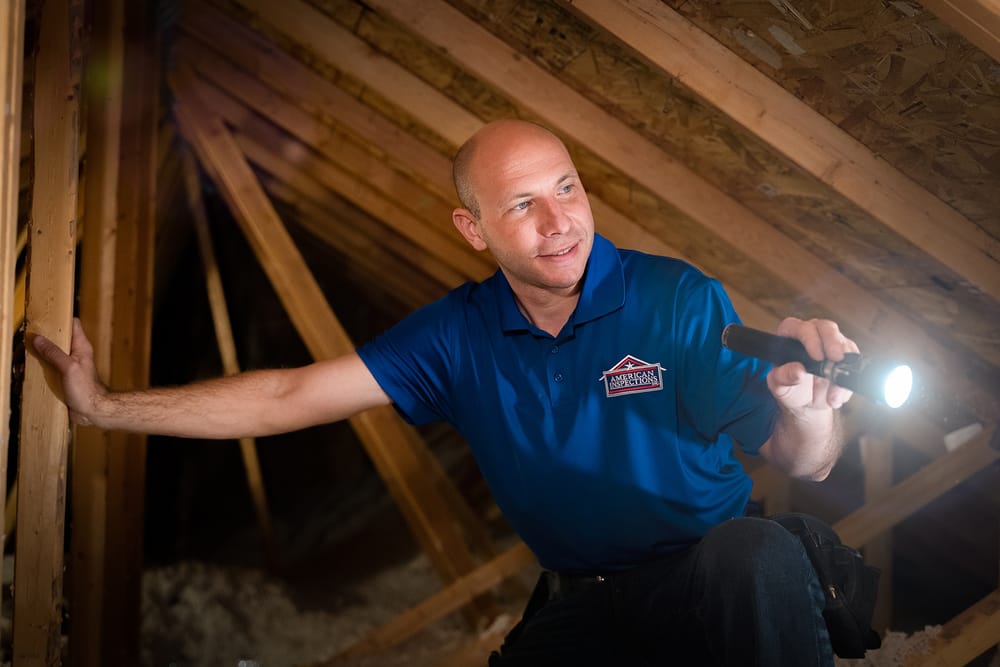 A lot of time and effort is spent in creating a custom, detailed, narrative report full of photos. This allows the findings from the inspection to be relayed to you in an easy to understand manner. By narrative report, I mean descriptions of observations, improvement ideas, and or problems and corresponding recommendations, in easy to read sentences & paragraphs. No confusing check boxes or shorthand. Diane has been taking calls from our clients and managing the schedule for over 30 years. She is looking forward to your call, and helping to make sure your inspection gets scheduled in a timely and efficient manner. View our Example Report here.

Radon is a radioactive soil gas that enters homes through the foundation or floor slab. Exposure to radon is the second leading cause of lung cancer. Homes in Iowa are known to have radon levels that are higher than any other state in the nation. Tests have shown that more than 70% of Iowa homes have radon levels over the EPA’s recommended action level of 4.0 pCi/L. We use electronic continuous radon monitors that record radon levels in the home every hour. This method of testing is reliable and provides you with clear-cut results in the shortest amount of time to identify if a home is in need of mitigation. We strongly urge all Iowa residents to have radon testing completed to ensure the air you are breathing falls into the parameters recommended by the EPA. 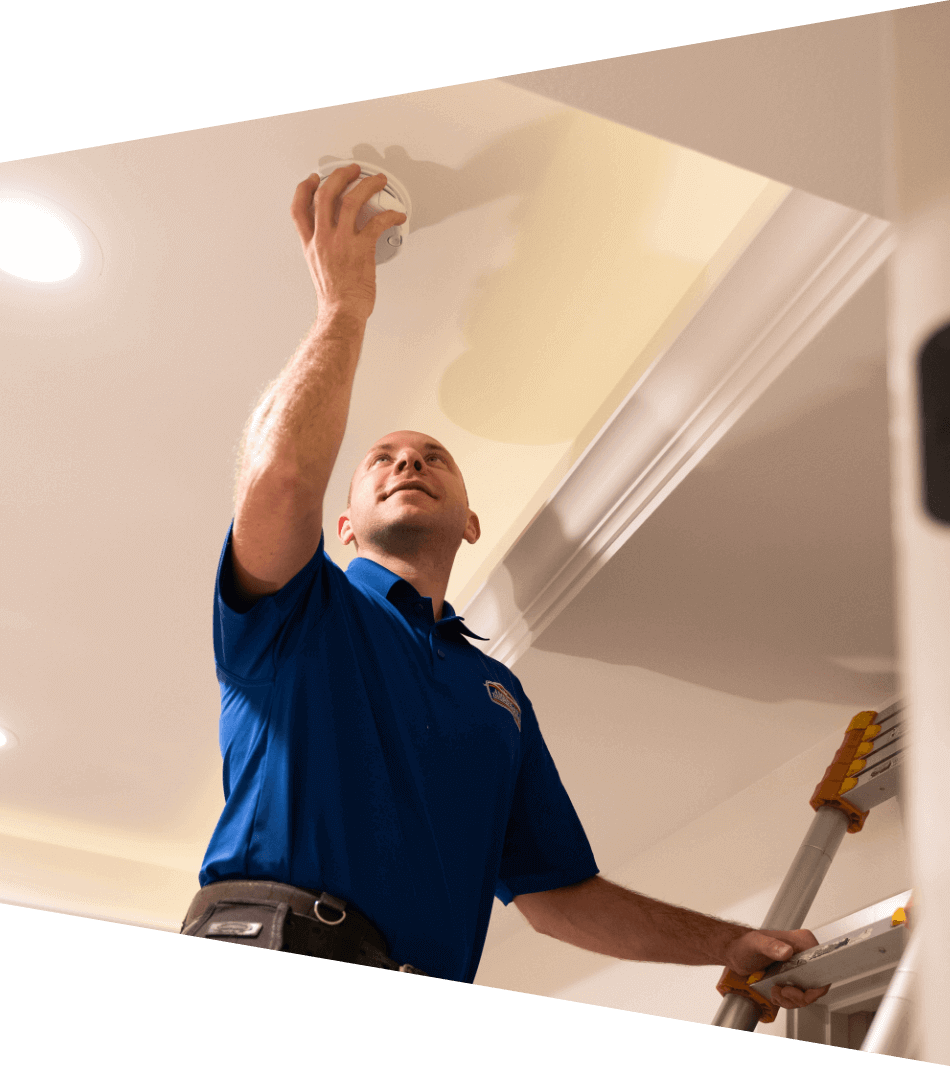 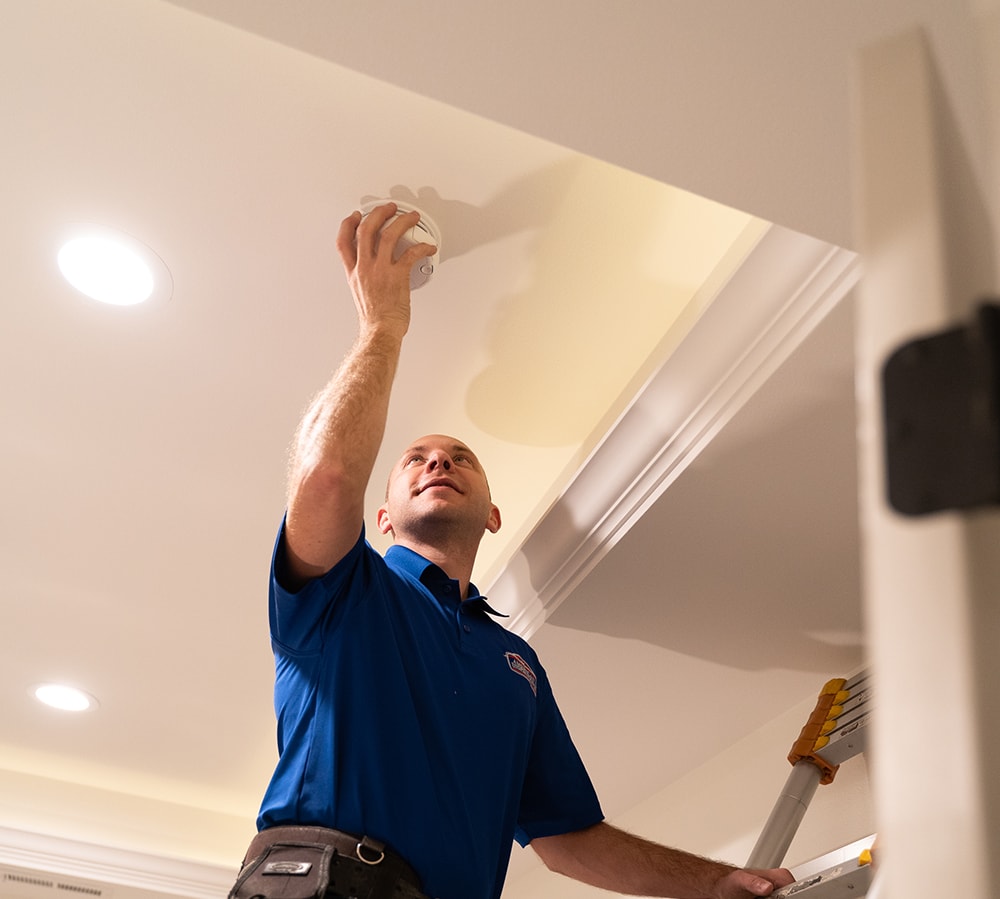 There is a common misconception that an inspection is not necessary when purchasing, or building a brand new home. Having an inspection completed on a brand new home is in fact very important, and beneficial. It is very common for construction to run right up to the final deadline or closing. When inspecting a brand new home, not only do we check all the major components to identify defects or problems, but also complete a very thorough examination and to generate what is often referred to as a “Punch List”. These are often items that have not been completed, where missed, and or are in need of repair, adjustment, or touch up. To name just a few big surprises during inspections of new homes, I have found completely uninsulated attic spaces, unused holes in the roof, broken furnace exhaust vents in the attic, and unvented exhaust fans buried within insulation. We have never had a client express any regret about having an inspection completed on a brand new house.

There is a common misconception that an inspection is not necessary when purchasing, or building a brand new home. Having an inspection completed on a brand new home is in fact very important, and beneficial. It is very common for construction to run right up to the final deadline or closing. When inspecting a brand new home, not only do we check all the major components to identify defects or problems, but also complete a very thorough examination and to generate what is often referred to as a “Punch List”. These are often items that have not been completed, where missed, and or are in need of repair, adjustment, or touch up. To name just a few big surprises during inspections of new homes, I have found completely uninsulated attic spaces, unused holes in the roof, broken furnace exhaust vents in the attic, and unvented exhaust fans buried within insulation. We have never had a client express any regret about having an inspection completed on a brand new house.

Having an inspection on a condominium, zero-lot line, townhouse, or other multifamily building is just as important as having an inspection on a single family home. From an inspection standpoint, we complete the same thorough evaluation of the dwelling and all its major components. While some components may be the responsibility of the Homeowners Association (HOA), it is important that you are made aware of existing issues which could lead to a special assessment, which is a situation when the HOA may need to collect money (above and beyond the regular dues) from the individual owners in order to cover repair costs, for which funds are not available for. The inspection will also provide all the same valuable information about the components you are directly responsible for, as well as good routine maintenance, improvement, and planning / budgeting considerations.

American Inspections Inc is excellent. They were extremely thorough, and spent a great deal of time educating us on what we need to do to maintain our new home. Their detailed report listed everything they went over during the inspection, which we really appreciated as first-time home buyers. In addition, their report included a prioritized list of improvements, which was very helpful when putting together our Remedy Request. They also had a quick turn around for the report.

I have used Andy Kolar and American Inspections eight times over the past six years when buying single family homes in Iowa City for rentals. I have also referred numerous people to Andy when they were buying homes in the area. I meet with Andy on site at the conclusion of his inspection and he shows me and explains any areas of concern he may have. Andy is a professional and checks every major component of the house. I have used other inspectors over the years before Andy was recommended to me. I use Andy exclusively now because he is in my opinion the best inspector in the area hands down. The inspection report and Radon Test results are emailed to me the morning after the inspection every time.

After calling several local home inspection companies, I scheduled an appointment with American Inspections; they were, without doubt, the most professional company I talked to. Despite the quick turnaround I was asking of them, they were able to squeeze my appointment in, and Andy did a wonderfully thorough job.

After completing his inspection, Andy walked us around the house and backyard to point out everything he looked at, and the things he noted in his report. As first-time home buyers, it gave us peace of mind to see how thorough he was, to ask him questions and hear his detailed explanations.

The completed report, including a radon test, was emailed to us within 24 hours, with captioned photos and descriptive explanations. This made it very easy to discern what we would ask our house sellers to fix before we took possession. It also made it clear to the sellers what we were asking for even though they didn’t get to talk with Andy directly.

Just a terrific inspection. Clear language and super thorough. He found 4 issues all of which were addressed by the seller in our case. The value of the repairs was much greater than the cost of the inspection.

Andy was very professional and thorough. He answered all of our questions during the inspection, and even after it was completed days later. We would highly recommend American Inspections.

Andy did a very thorough home inspection and identified several issues that could have cost us thousands of dollars if missed. Really appreciated his attention to detail and professionalism. Highly recommended!

Andy is a great professional. He provides a very thorough document following the inspection and shows you things in person while you’re there. We’ve had a thorough home inspection from him twice. Once it was for a house that we ended up passing on because of the issues brought up in the inspection.

Andy was great to work with and we feel lucky to have had him inspect our new home. He was professional and went above and beyond by climbing into the tight attic space to closely inspect roof concerns. He took the time to explain his findings and offer advice for future improvements to the home. All of this is in addition to a thorough report that explains his findings in greater detail. I would highly recommend Andy and we will use him again in the future.

Andy Kolar with American Inspections, Inc. did a great job helping us evaluate our new home. We were purchasing from a distance, so his insightful commentary and willingness to answer detailed follow-up questions were invaluable. We highly recommend him next time you need a home inspection.

Buying a home and the inspection process was all very new to us. We were overwhelmed at first as we had no idea what to expect, but Andy did a fabulous job walking us through everything he found in the home and explaining it in terms that made sense. He completed an extremely detailed inspection so we knew exactly what we were walking in to as we continued the home buying process. I appreciate how thorough he was with the home and how genuine his services were. His inspection report is also SO simple to read which helps a ton. We completely recommend American Inspections.

When Will I receive the report?

The inspection report will be emailed the business day following the inspection, in most cases before 12 PM. If there is going to be a variance from this, or in the case of very large homes, commercial, or multi-family buildings, delivery of the report will be discussed ahead of time to ensure it meets your deadline.

Can I be there for the inspection?

Absolutely. If at all possible, we recommended you attend for a summary of the inspection. This time is also used to show you important components of the home (e.g. HVAC filter locations, main water shut off valve, main electrical disconnect, etc.) and answer question you may have.

What if I have questions after I get the report?

Just give me a call or send me an email. I am always happy to discuss any of the findings from the inspection and answer any questions you might have.

How long does the home inspection take?

Of course the length of the inspection depends on the home or building, but most inspections take 3-4 hours.

When should I schedule my inspection?

If this is a home you are purchasing, the inspection is usually scheduled as soon as you have a signed purchase agreement. The real estate mark can get very busy during the spring and summer months. Make sure to give yourself enough time in your purchase agreement (ideally 14 + days).

Andy & Steve are both ASHI Certified Inspectors (ACI), which is the American Society of Home Inspector’s highest certification level. The state of Iowa does not have a governing body for, or license home inspectors.